(by: Sabine Sterk the meaning of life part 4)

Empathy  (Dedicated to all the selfish souls )

June 2017 ( the reason for living according Sabine….no not monty python part 5)

Life…. ( the reason for living according Sabine….no not monty python part 5)

My grandmother ones said….

Live now, be happy now, love now
Release your heart!
Make sure your path of life is not covered with hundred and one minor concerns.
Do not forget that each day is given to you as an eternity to be happy…

Dedicated to my love Yishai A.

Me….
As a child so happy we did connect
My first experience with religious Jewish life
My heart so full of love
My struggles with life

You… So big, so powerful, so small, so weak, so all..
You… A life that was a struggle from the start…
You… Thousands of barriers on your way
You… Grew up in the land protected by Hashem
You… Together very close with family…yet alone
You… a man, stuggeling alone, a smile on your face a tear in your heart
You… the wisdom deep inside you, inspired by Torah…hidden by You..
You… run away to me… a strange country, a different culture, a new vision
You… suddenly you opened your secrets and let it out..
You… so small, so weak, yet so big , so powerful
You… give inspiration, alone without family around but together with us
You… struggle with us, a tear on your face, a smile in your heart.
You… you contribute to the world, to me, to us, to yourself, to Hashem…
Me… so proud of you, so much love for you

Wow… thinking of a title of this blog i can only come up with a three letter word WOW. Yesterday we were at an event about the fantastic project “Special in uniform”. Starring Lt.Col. Tiran Attia and Eli Mandelbaum (Journalist). 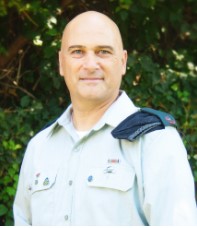 The Army especially is known all-over the world as a masculin, macho society where there is not a lot of place for emotions, feelings and moral standards. However, not in Israel, not the IDF. Tiran started with the event that turned his point of view, that turned his life. From a rather cold “military” opinion, he transformed into a human with a dedication towards other humans, to people with special needs…

He told that he got severely injured in an explosion during the second Lebanon war. He was paralyzed from neck down and didn’t want to live anymore. He tried to stop treatment and didn’t want to eat or drink. Whilst being in this situation of devastation a group of people with special needs came to visit him and one of them, a girl, took his arm, touched him and tried to make him feel something. Although he didn’t answer, he felt her efforts and energy. When she left, she turned around and said to him “all will be okay”. Soon After he felt slowly, slowly that the feeling in his body came back and 3 months, after a severe revalidation, he was back on his feet, with the help from Hashem. 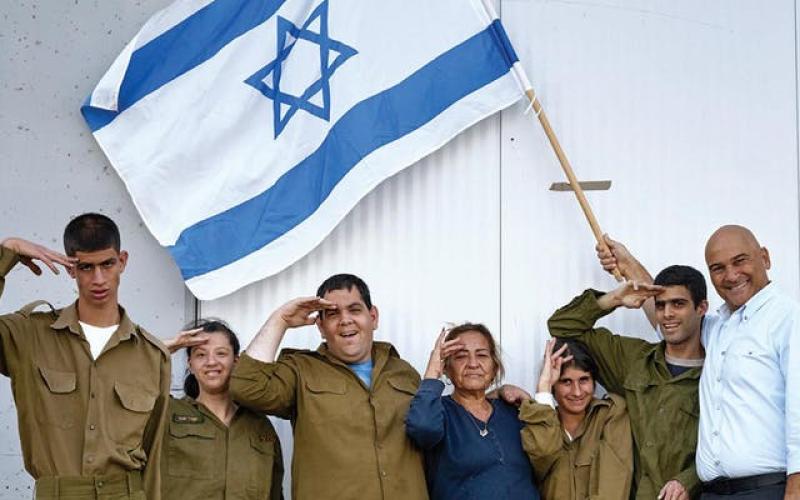 He realized that Hashem created people like his own image and who was he, Tiran, to tell that people with special needs are less than other people. He realized every person, created as the image of Hashem, has his own abilities and talents and are useful. He decided to dedicate his life to this very special program.

Nowadays there are more than 400 soldiers with special needs and 250 more on the waiting list to enter the program. The program with the goal to let them serve the country, to include them in the army society with the abilities & talents they have and help them to develop themselves into specialists on their own level and help them to enter the Israeli labour society after the army. The advantages are huge first the individual with special needs develops him/herself, what leads to a bigger self-esteem, more happiness. The family, friends and neighbors are seeing the capabilities of these soldiers and ‘regular’ soldiers in the army can take them as a huge example that nothing in life you can take for granted and you have to fight for your happiness and quality of life. 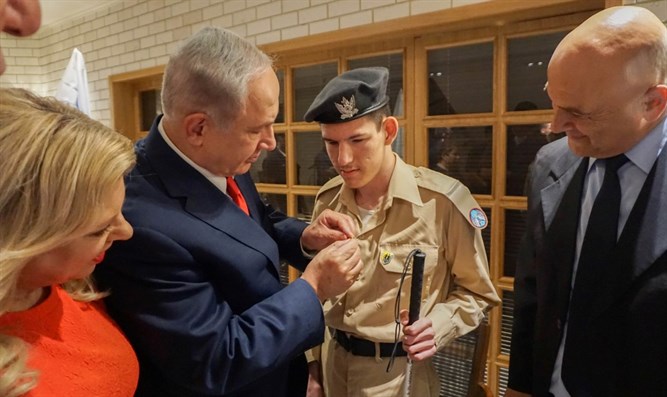 Imagine how proud this young soldier, his family and his country can be ❤

Yesterday, I was touched and emotional. It run into my mind… “how on earth people can hate Israel, hate the IDF”, this program is the ultimate proof how special this army and this country is.   I am so proud of this and at the other hand, more flabbergasted about the everlasting Israel- and Jewhatred around the world. Take an example of Israel, look into your heart and see the truth. 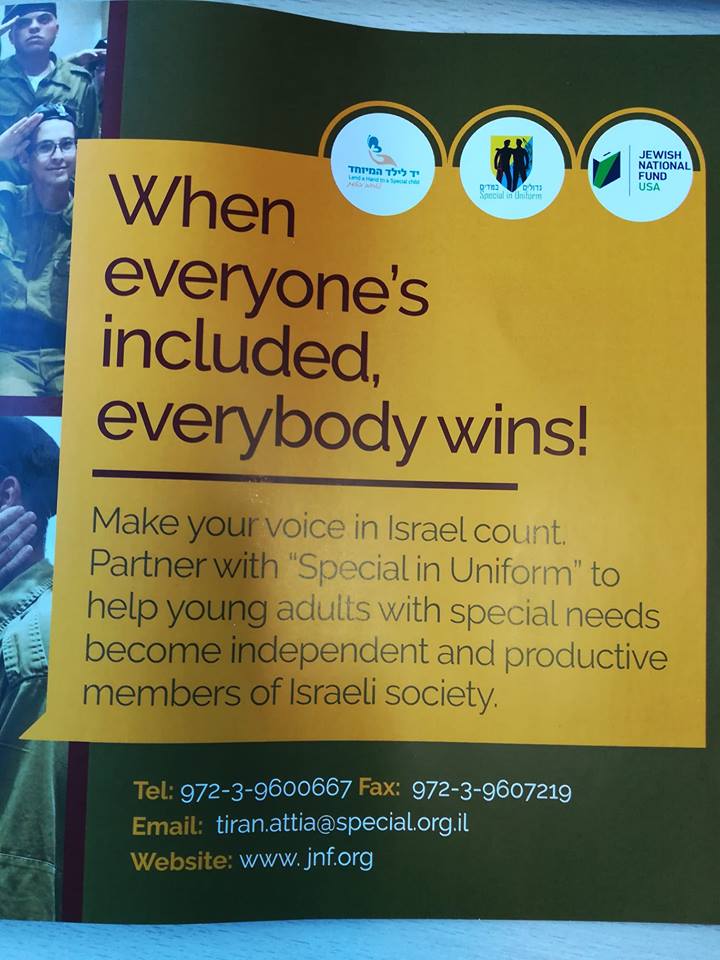 This program needs a lot of money, you can always donate, email Tiran or go to the website: http://www.jnf.org

Posted in Algemeen | Leave a comment
The Other Side Is Real
Blog at WordPress.com.