The people without morality

The tension in Israel is rising sky high at the moment. Israel has to experience several attacks from Gaza towards Israeli territory. The sound of the alarms screams through the night and the Israeli men, women and children have to flee into their shelters.

Within a few hours after the attacks, the IAF and IDF ( Israeli air force and army) are ready to retaliate the cowardly attacks on innocent civilians and rush to destroy Hamas weapon factories or other hostile targets.

This is an ongoing situation, while Israel is trying to build and develop their country every day, the so called “Palestinians” are doing the opposite. With joy they celebrate when they manage to destroy thousands of acres precious land by their fire kites. They are full of joy when they hear the harvest of a whole village is destroyed and trees are burned. They never have any love for anything that is living, so they even do not care about the precious wildlife that is killed in a horrible way.

They cry fake tears when Israel is protecting her precious country. The country they, the Palestinians themselves, eat from. They cry when after several warning terrorists that are tearing down the borders are killed. Ofcourse it is never the intention of Israel to kill, the world is looking at it differently.

They blame Israel, They tell their citizens that Israeli’s are too compared with Nazi’s, more hypocrite and more inhumane it cannot get. Europe that saw her Jewish population got murdered, got slaughtered by Jew hatred. Europe that never helped any Jews in the wars. Europe where no Jew is safe anymore, that Europe together with many many other countries in the world is condemning Israel. And is crying together with the “Peaceful” “Palestinians”.

In the second world war the Jews were expelled, they had to go home, leave Europe…Today they have to go home, leave Israel … Palestinians are trying to delegitimize all Jewish suffering and are trying to even turn that to themselves. So they dare to say that Israel is committing genocide, while the “Palestinian” population is growing very rapid. They dare to compare a Jewish soldier to a Nazi, while Hamas is urging their people to take knifes and fire arms and to kill every Jew that comes in their way. While Israeli soldiers are helping as much as they can, Hamas and the “Palestinians” use women, children, disabled and babies as human shields. No mercy no morality

While the world is condemning Israel, Israel continues to develop. One of the newest Israeli inventions is plastic that can be recycled completely. We have in all kinds of society very talented Israelis. A few days ago I stumbled upon a young Israeli man,
Shai Peri. His music is made from heaven, he can play almost everything and has an amazing voice, soon his first single will be released and I am sure that he will reach sky high. And israel contributes so much more to the world, it is truly the light unto the nations. 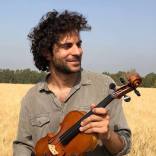 I have a dream, like Martin Luther King once said, I have a dream that the eyes of the world will open en that the true intentions of the “Palestinians” will be seen by all humanitiy. It is time to understand that Israel has a right to exist and a right to defend herself with all means.

The Israelis do not have another country.

1 Response to The people without morality