Antisemitism wrapped in a layer of morality.

April 12, 2016 around 8 o’clock in the evening …. huge panic … Schiphol cleared … heavily armed policemen equipped with automatic weapons and balaclavas standing with rifles at our national airport .. a bomb, including a suspicious package … people chased out of the departure section of the airport … two people are arrested, pressed against a glass wall and searched.  It turns out  to be false alarm …. The package did not contain a bomb and those that were arrested are free again.

The media tripping over each other .. excitement .. but above all understanding … understanding for the actions of our armed policemen .. 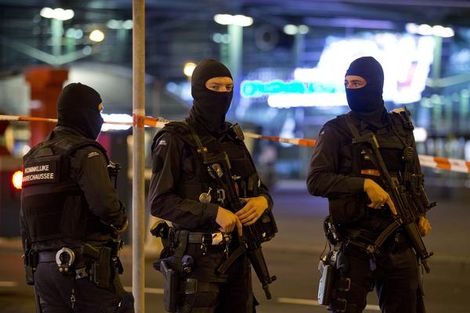 Somewhere  in 2016 during the week … huge panic … Ambulances … soldiers … police … an Israeli civilian dead and several injured … pursuits … a shot … a Palestinian perpetrator has been shot… Wounded are taken to the hospital … It’s a serious acute situation where a civilian is murdered and were  multiple  are wounded  ..The Offender also succumbed to his injuries ..

The media tripping over each  other…sensation .. .. but mostly anger anger over the intervention of the Israeli officers and soldiers who tried to protect their citizens …

Disproportionate violence or hypocrisy?  no it is something under the surface… .. here is hatred to everything what is Jewish or Israeli the motor..  and it is  wrapped in a layer of morality.