BDS and the Hypocrisy of the Dutch government

There have been published many articles about The BDS movement. BDS stands for Boycott Divestment and Sanctions. This movement  aims, in their own opinion, the noble goal of achieving political and public awareness of the situation and human rights in the occupied territories, in order to force governments through an economic boycott to revise their policies to improve human rights and to end the occupation. 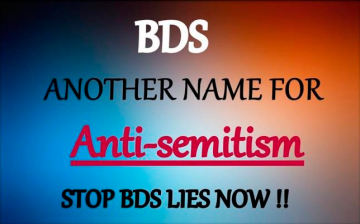 Nice isn’t  it ? A brilliant ideology, full of love for people and aimed at peace,  right ? There are So many areas in the world that are occupied, where human rights are violated in a terrible way … great that there is now action  against it. Western Sahara, Cyprus, Argentina (falklands) Tibet. Occupied territories, occupied by offensive violence. These areas at this very moment, today are still suffering under the yoke of offensive occupation. But what about the Netherlands Antilles? Annexed by the Netherlands? What to think of Suriname, which only recently in history became independent from the Netherlands, what about Indonesia, the police actions in Indonesia?

There real war crimes were committed by the Netherlands and not for defensive purposes.. No offensive violence.. a black period in our shameful national history.

A wonderful movement this BDS .. Or not? No .. BDS focuses solely on Israel and the disputed territories.  Disputed??? Yes, When the state of Israel was established in 1948 with the almost Unanimous consent of the United Nations, Israel has always sought peace with its surrounding neighbors. Israel accepted the convention of San Remo, that led  into the establishment of the State of Israel. However, soon after the Establisment of the State of Israel, Israel was attacked by his neighbors,  an offensive act, where Israel against all odds came out as the winner.

During the six day war in 1967, where after years of skirmishes,  Egyptian armies, along with Syrian armies decided to attack Israel, Israel, against all odds fought back and conquered the Sinai and the Golan Heights. It was another offensive act of the neighbors of Israel and where Israel again gloriously emerged from the struggle.  It became clear that Israel had to be  on guard always  against evil attacks from her neighbors .

Yom Kippur War in 1973 is another example,  an attack of the “peace-loving neighbors” (including military troops from Morocco, Algeria, iraq, Saudi Arabia) on Israel during Israel’s holy feast “Yom Kippur”, proved again and that the Golan Heights is of particular strategic importance to the small country. In short, Israel has “occupied” ( called like this by BDS Movement and left winged politics)  the territories not by offensive but defensive actions!!! 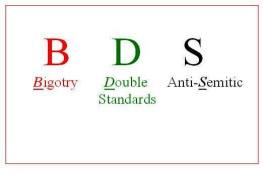 How it can be that BDS does not focus on groups that have obtained their “occupied” territories from offensive wars or acts but only  is focussed on the only group who obtained their area from a defensive action? This answer is easy BDS exists only thanks to the hatred toward Jews and is pure antisemitism. To demonstrate this hypocrisy…What is being boycotted:

How terribly hypocritical this is?. Barry Shaw, in his book Fighting Hamas BDS & Anti-Semitism and his book BDS for Idiots

(click on the book to buy it at amazone)

is very clear he described the untrustworthy  BDS movement with her double standards, his false arguments and plain lies..In his latest book there is even a whole chapter on the BDS movement in the Netherlands.

The BDS movement here in the Netherlands claims that they “stand up for Palestinian rights.”

How horrible untrue this is,  proves the debacle with the Israeli manufacturer “Sodastream” in Judaea @ Samaria, where thousands of Palestinian workers earned their living, where  was equality  between Palestinians and Jews. Which was very positive for the economy, stability and the welfare of the environment and the Palestinians.

The BDS movement decided that the factory had to be closed, and what happened .. the manufacturer made his decission and moved to a place outside the disputed territories, thereby thousands of Palestinians lost their jobs and Israel? Israel continues to expand its exports to asia, to soviet union .. .Israel you do not target very much with this ..But the group that is hurt here are the Palestinians.  Very clear to see that BDS is not about helping Palestinians, but the goal of BDS underneath it is destroying Israel and Jews .

Overall BDS is an organization that does more harm than good. That has sheer anti-Semitic motives, If this was not the case, BDS would not  focus on Israel but to all kind of regions that are taken with offensive militairy actions, where humanrights are being violated, where real genocides take place But this is not done, it is just, almost hysterical engaged to one country, to the only democratic country in the Middle East, namely Israel.

And the Netherlands? This year  Netherlands have the six-month presidency of the EU? The EU took all efforts to continue with the labeling, the labeling of products from Judea and Samaria, Golan and East Jerusalem. Netherlands desires again to be the leader in Europe, to go on labeling the products, to believe the lies of BDS.

Netherlands follows the huge narrowminded crowd and instead of supporting the Jewish state they want to put stickers on  Jews, O excuse me your blogger  means they want to put stickers on Jewish Products . Netherlands that,  in percentage, has the most Jewish citizens who were deported during the second war to the extermination camps, the same Netherlands which found it necessary to take, over the heads of the few surviving Jews ,tax for the years they were in the extermination camps, this is similar to pure mafia practices, the same Netherlands where the Queen did not liked it when Jewish children attended the classes of the princesses .. the Netherlands with her war crimes during the police actions in indonesia .. .. This NETHERLANDS…. now wants to raise her finger and shout BDS movement is right (which is clearly incorrect) we will go ahead and paste stickers.On may 26th 2016 the labeling will be part of the discussion in the parliament. When Netherlands will go along with labeling. The Netherlands will be quilty of discrimination and antisemitism!!!

NETHERLANDS SHAME ON YOU

My name is Sabine Sterk and since I was very young I was a fanatic Israeli supporter. My father worked for the UNTSO and was sent to the Middle East when I was 12 years old. I lived in Syria and Israel and saw from a young age the difference between the cultures… When I returned to the Netherlands I noticed that the Anti Israel sentiment was increasing and I started to fight this. I admire Israel for all the good things that are achieved in the country. I am not religious and my motto is: Israel has the right to exist and Israel has the right to defend herself. As long as I live I will stand up for Israel and speak out on behalf of her. My ultimate dream is to find work in Israel or for Israel… I still hope to Fulfill that dream anytime soon… There is nothing I want more. I am passionate, a true Zionist supporter, enthusiastic, impulsive, impatient, honest but always try to live the best I can.
View all posts by The other side Is Real →
This entry was posted in Boycot en Labeling Israel. Bookmark the permalink.

1 Response to BDS and the Hypocrisy of the Dutch government